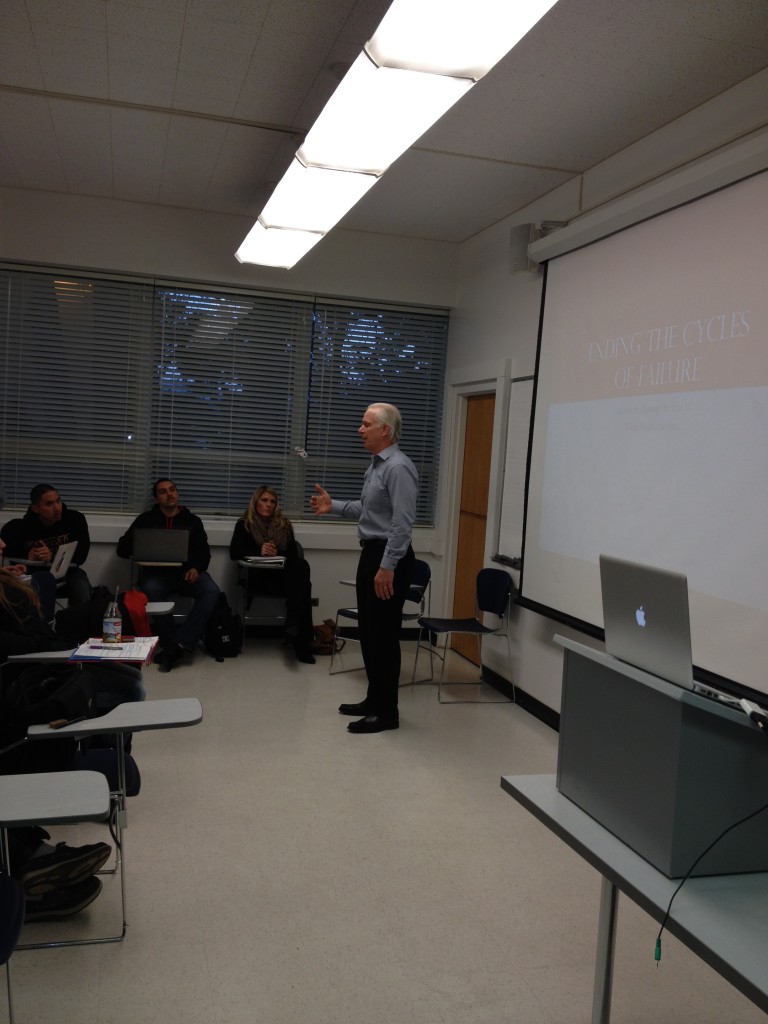 Chris Redlitz from The Last Mile

Chris Redlitz, a famed San Francisco venture capitalist and cofounder of The Last Mile at San Quentin State Prison was the guest speaker in my final class at San Francisco State University. As I expected, he was spectacular. Chris provided our group of 65 criminal justice students with a history of The Last Mile. A friend invited him to speak at the prison one time, and he found the men so engaging and eager to learn that he made a commitment to continue. Chris brought his wife, Beverly on board. Together they’ve been funding The Last Mile program that teaches prisoners how to understand business. He believes that by teaching prisoners entrepreneurial skills, they become less inclined to revert to the type of behavior that brought them to prison.

The Last Mile receives considerable amounts of media attention. I’ve seen it covered in magazines and on the national news. The group has had 17 graduates so far, and seven of those individuals have been released from prison. All seven graduates of The Last Mile who’ve been released from prison now hold full-time jobs in the San Francisco Bay Area. Chris and his team recently received status as an IRS approved nonprofit and the organization received its first grant a few weeks ago. Chris looks forward to expanding the program, first across the state of California and then across the nation. The next stop is in Michigan’s Jackson Penitentiary.

I look forward to working with Chris in the future and I’m grateful that he took the time to speak with our students at San Francisco State University. Following Chris’ presentation, I spoke about our Straight-A Guide program and asked students to join me as interns with our new staffing company. Together, I explained, we can provide a bridge between the formerly incarcerated and the labor market.

All of this together represents my effort to work toward reducing the negative influences of mass incarceration.