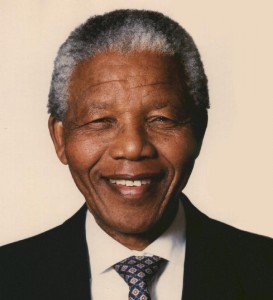 Nelson Mandela a legend who had the courage to lead and fight for injustices.

President Obama commuted several prison sentences on Thursday. I’m happy for the people who will leave federal prison and return to their family members. At the same time, I find it appalling that President Obama lacked the courage to make a bigger statement about the injustices of our nation’s commitment to mass incarceration.

As a second-term president, he has the power to lead, and he has exercised that power in many ways. Yet when it comes to the embarrassing reality of our nation’s prison system, he has failed. He should take actions that would show the world that we incarcerate far too many people and that people served sentences that were far too long in our country. Those were the words of U.S. Supreme Court Justice Anthony Kennedy and Attorney General Eric Holder. Anyone could find troubling data that showed how our prisons have become intergenerational cycles of failure. I’ll work to bring more awareness to this injustice, and I hope taxpayers will encourage our nation’s leaders to bring sensible prison reforms that would allow relief to the people who have served far too long for nonviolent crimes.

Our federal prison system confines more than 200,000 people. When it came to commuting federal prison sentences, President Obama should’ve sent a strong message that he wanted change. He could’ve acted boldly and commuted the sentences of 100 or 500 or 1,000 people who already served far too long for nonviolent offenses. We’re all witness to the greatest social injustice of our time, and it’s a shame that so few people recognize the need for change. I’m building a career around all I learned through the 26 years that I served in federal prison. These seeds that I sow to spread awareness may help more people recognize the urgency for sensible reforms that will build safer communities.