This morning began when Justin picked me up at 5:30 am. We returned to Orange County for a meeting at a Day Reporting center in Orange County. I met with the staff, then made a presentation to a group of men and women who were striving to adjust to the complexities of returning to society after their own troubles with the criminal justice system. The audience seemed totally surprised when I told them that I’d only been released from prison 11 days previously. The presentation felt successful, with the promise of more purchase orders for our Straight-A Guide program to come. 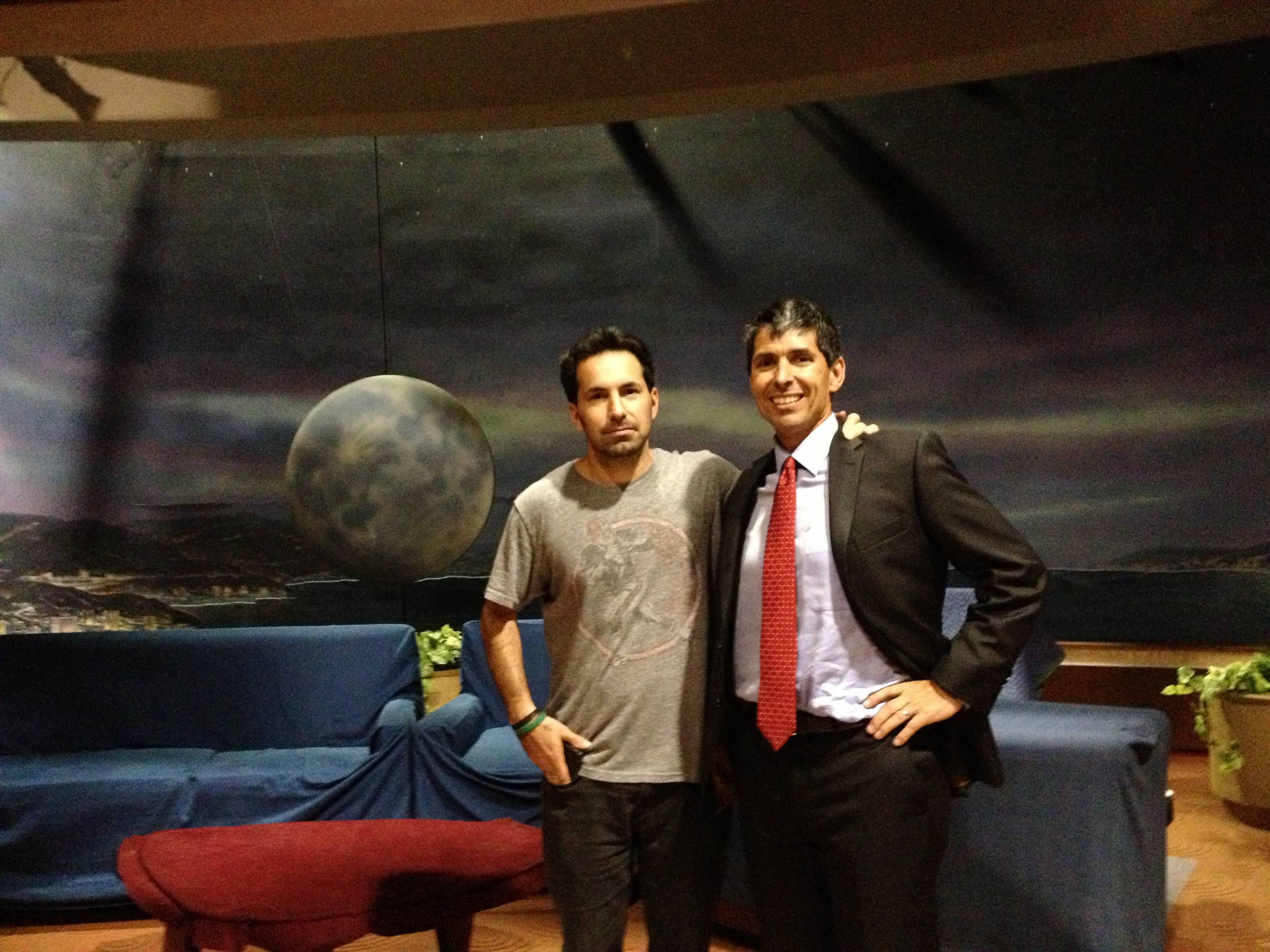 Following our meeting in Orange County, Justin and I drove to the Warner Brother’s Studio for a meeting with Scott Budnick. Scott is a well known Hollywood producer. He is famous for playing a leadership role in producing many blockbuster films, including The Hangover series. But in addition to his work in Hollywood, Scott plays an active role as an advocate for meaningful juvenile justice reform. He leads a group known as the Anti-recidivism Coallition (ARC). An article in Mother Jones profiled Scott Budnick’s admirable work. My partner, Justin Paperny, who leads the Michael G. Santos Foundation, has been cultivating a relationship with Scott for longer than a year. Within days of my release, Scott called to congratulate me and I appreciated his support. Justin and I drove through security at the Warner Brother’s lot and found our way to Green Hat Films. He welcomed us with a warm embrace and we went into his spacious office to discuss what it has been like for me to return to society after decades. Scott told us about his new films, both of which have some relationship to crime. Scott led us on a private tour of the Hollywood lot and brought us into the studio where he led a crew that filmed The Hangover. Then we dined at a white-linen restaurant right on the Warner Brother’s lot and discussed how we could work together to reform our nation’s prison system.

After our meeting with Scott, Justin and I drove to Camp Miller in Malibu. We met with a group of social workers who admirably devote their career to helping young offenders prepare for success. First we spoke to the staff about how the Straight-A Guide could help their work, then I made a presentation to a group of young men. Finally, Justin drove me back to the airport where Carole was waiting for me. We flew home but we didn’t arrive at our house until 12:20 in the morning. The business trip kept me so busy that I did not exercise one time during my stay in Los Angeles. The good news, however, was that we opened a pipeline that should lead to many sales for our Straight-A Guide program.

I’m grateful to God for guiding me through my first business trip. I’m inspired to work harder because a market truly exists for the products that my team and I are creating.

I met with Justin Paperny, with Steve from the Challenge Academy’s CORE program, with several other community leaders who work for different government agencies. I met with Scott Budnick, a Hollywood producer at Warner Brothers Studios. Then I met with leaders at the Camp Miller prison camp for juveniles in Malibu.