Family Man: Supporting a Loved One in Prison 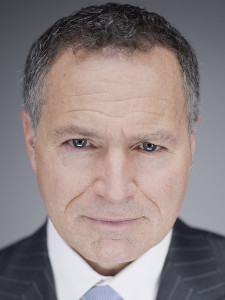 In today’s Earning Freedom podcast, I introduce readers to Tim Ufkes. He is my brother-in-law and I’m happy to share his story. I didn’t know Tim when I began serving my prison term, in 1987. He began dating my sister, Julie, while I proceeded through trial in Tacoma. After a jury convicted me and Judge Jack Tanner sentenced me to serve a 45-year sentence, Tim became an influential role model that inspired me throughout the decades that I served.

Tim encouraged me to read books that would lead to my becoming a better communicator. He suggested books like How to Win Friends and Influence People, Think and Grow Rich, and The Seven Habits of Highly Effective People. Those books empowered me through the years and I’m convinced they can empower others.

Tim worked together with my sister to support me in every way possible. While he built his career in real estate, Tim and Julie invested their time and resources to contribute to my growth. The harder I worked inside, the more inclined they were to invest in my future. Despite their not having much in the way of financial resources of their own, they regularly contributed to fund my education. As a consequence of their commitment, I emerged from prison with a master’s degree, with a wonderful wife, and with opportunities to live as a contributing citizen.

In this episode, Tim talks about his approach to building a successful career. Despite his not having a university degree, Tim has risen to the top of his profession as a sales professional. Over the past 25 years, he has sold commercial properties with a combined valuation in excess of $2 billion. He attributes his success to the same strategy that we teach in the mastermind program that we offer through the Earning Freedom network:

As a master of such fundamental principles, Tim has lived a full life. In this interview, he describes how others who adhere to a values-based, goal-oriented strategy can do the same.

To learn more about these strategies for success, sign up for Earning Freedom’s mastermind course. We’d love to work with you in creating personal plans to build: