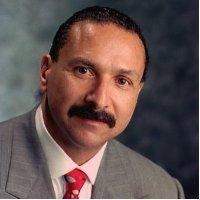 Many people in prison hear rumors related to professional licensing. Earlier guests on the Earning Freedom network upset the myth that a felony conviction would preclude an individual from achieving professional licenses and credentials. We heard several inspiring stories about former prisoners who attended law school and became lawyers despite their felonies. In today’s podcast, we listen to another inspiring story, as Ron Dupard shares his experiences.

Ron Dupard and I share a common history. We’re both from the Pacific Northwest. Back in the mid-1980s, both of us made the bad decision to sell cocaine. Although we were not indicted in the same case, we both stood as defendants in the Western District of Washington. Following our convictions, we both served lengthy sentences. Ron lived in federal prisons for longer than nine years. It was the second time he served a prison term.

Despite serving two prison terms, Ron emerged successfully. His success didn’t materialize by accident. Rather, he describes how the conscious choices he made while inside led to his success.

While incarcerated, Ron rebuilt his life. He made the decision to prepare himself in every way so that he could overcome the challenges he anticipated upon release. Rather than complaining about the challenges of serving time, Ron used each day of his term to develop skills that would facilitate his earning capacity. He attended school and earned an undergraduate degree. He educated himself on the law, not so he could be a lawyer but so that he could better position himself for challenges in the business community.

After nine years, Ron returned to the Seattle area. He began working as a licensed real estate professional, using his education to facilitate sales and commissions. Some may wonder how Ron succeeded in working as a licensed real estate agent so soon after emerging from prison. You’ll find the answer to that question by listening to the wisdom he shares through today’s Earning Freedom podcast.