Andres Idarraga Inspires Us All 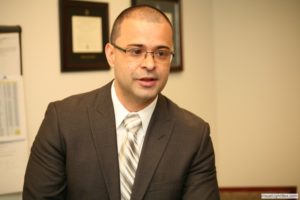 Andres Idarraga is a role model. He tells the audience at Earning Freedom about challenges that came with growing up in a low-income, crime-ridden area of Rhode Island. Early influences led to his participating in crime. When he was 20, Andres describes being sentenced to prison for his role in drug trafficking. In prison, however, he earned freedom through a pursuit of education.

Another prisoner inspired Andres to begin spending time in the library. He fell in love with literature. While on a visit, he pledged to his mother that he would pursue a college education upon his release. He began applying to universities from inside of prison walls and he was accepted to the University of Rhode Island.

The more Andres invested himself into academic life, the more passionate he became. After earning high marks at the University of Rhode Island, he applied to the prestigious Brown University, an Ivy League school that many of society’s most distinguished citizens call their alma mater. From Brown, Andres developed a passion for law. He persuaded Yale Law School, one of the best law schools in the world, to admit him. Andres earned his law degree from Yale in 2011. For the past several years, Andres has been building a career practicing complex litigation at a leading law firm.

Despite his extraordinary success, Andres remains passionate about opening opportunities for others to earn their freedom through education. With two friends who also served time in the Rhode Island state prison system, both of whom also advanced their educational journeys to earn law degrees, he formed a nonprofit, the Transcending Through Education Foundation. Initially using their own funds, Andres and his colleagues contributed tuition resources to help people from prison transition from confinement into lives of meaning and relevance that begin inside college classrooms.

Andres is a role model to anyone who aspires to become more than past bad decisions or current circumstances. In today’s Earning Freedom podcast, he shares his remarkable story. Those who would like to learn more may visit the following links: