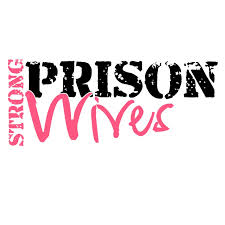 This weekend I had memories of prison visiting rooms. Carole and I married inside of a prison visiting room on June 24th, 2003. I’d been incarcerated for longer than 16 years and I still had another 10 years to serve. When Carole came into my life, my journey became infinitely more fulfilling. We were able to grow together. Despite the years that would separate us, my love for Carole grew stronger every day.

When I emerged from prison, after more than a quarter century, Carole stood in her beautiful yellow dress. For the first time, we kissed and held each other outside the scrutiny of prison officials. We’d grown incredibly close over the course of our relationship. And we would continue growing closer in the months to come, especially after I transitioned from the halfway house to home confinement. We were married for longer than a decade before we ever shared a bed.

It’s now been more than 20 months since I returned to society. And coming back, I now have infinitely more appreciation, admiration, and respect for Carole and for all prison wives. I know the sacrifices wives and family members make when they love a man who is incarcerated. Frequently I’ve written that prison is much harder on the family than it is on the prisoner. After all, while inside, a man is surrounded by others who proceed through similar challenges. Wives, on the other hand, live without much in the way of support or understanding.

I’m dedicating the next three episodes of Earning Freedom to Strong Prison Wives. It’s a support group for women and family members who love incarcerated men. I learned about Ro, the founder of Strong Prison Wives after speaking with Karen, a woman who will appear on tomorrow’s episode. Ro is in love with a man who unjustly serves a sentence of more than 200 years. I consider the sentence unjust because it serves no purpose and it is inconsistent with an enlightened society.

The absurd sentence that Ro’s husband serves is the result of mandatory-minimum sentencing laws. They require increasingly longer consecutive sentences for people who were convicted of felonies that involved a firearm. Ro’s described her husband’s crime as carrying an eight-year sentence. Yet since he carried firearms while in the commission of his crimes, the judge imposed multiple consecutive terms that stretched the term to the absurd length of more than 200 years. Those who would like to learn may visit Help Free Adam, a website that Ro has built in support of her husband. Those read through the well-written work will see how hard Adam works to earn his freedom and to prove worthy of the support he receives. He has been incarcerated for 16 years, and Ro has stood by his side as a strong prison wife.

In our first interview that features Strong Prison Wives, Ro talks about the complications that accompany her love. You will hear a remarkably strong woman who does everything within her power to strengthen her husband. She is an inspiration, showing the power that love can bring. Anyone can feel inspired by her passion, her energy, and her commitment. With more than 2.3 million people in prison, there are millions of others in society who can use the benefit that Ro’s organization provides. Supporting the incarcerated and their families is one way to sow seeds of hope, and that hope can lead to a safer, more enlightened society.

Support Strong Prison Wives cause by visiting the social media channels that Ro and her team put together, including: