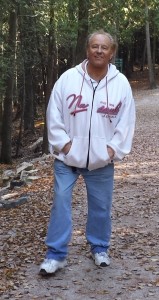 Michael Patrick several prison terms in a white-collar prison in Canada. He shared his story on the Earning Freedom podcast. Until he learned his lesson, Michael said that he routinely engaged in both credit card fraud and identity theft. He said that he wasn’t a sophisticated criminal, but he had a lifestyle that required a big expense account. Since he couldn’t afford to pay those expenses on his own, Michael engaged in white-collar crimes. Over the course of 20 years, he served many separate prison terms in Canada.

Michael described the prisons of Canada, at least the ones where he served time. Since he served sentences for white-collar crimes, authorities always held him in minimum-security prisons. They differed from federal prisons in the United States. In Canada, Michael said the prisons didn’t hold more than 250 people. The people served their time in cottages. They wore their own clothing, rather than prison uniforms. The men could cook their own food. They also could enjoy weekends with family visits. The family would stay with the prisoner inside one of the cottages. During count time, the officers would make a phone call and let the prisoner know that he should show himself at the window. Once the guard saw the offender’s face, the officer would move on to the next cottage.

Canadian prisons, it would appear, have a far more “humanistic” approach than federal or state prisons in the United States. In the US, we design our prisons to punish. As a consequence of the way administrators manage our nation’s prisons, offenders should prepare themselves for the challenges ahead.

If you’re facing prison time, you may want to download a free ebook I offer that will prepare you for the journey ahead. Those who adhere to strategies that I teach will go in with their eyes wide open. The books and lesson plans I offer do a lot. Those who want more personal guidance should contact me for personal prison consulting.