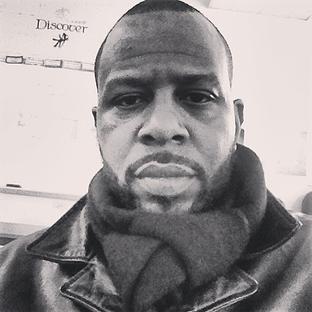 Today I spoke with Douglas James Forte, criminologist and expert witness in drug, urban, and gang culture. Although Douglas has the academic credentials that lawyers and law enforcement respect, he also has the street credibility that allow to serve urban communities across America. Douglas tells a story of growing up in East Palo Alto, a community that has been rife with violence, drug trafficking, and inner city crime. Douglas grew up in that community. As a young man, he ran the streets, selling drugs and hustling.

Douglas said that he recognized God had a higher calling for his life. Once he received that message, Douglas made a 100% commitment to leave the street life and begin repairing the damage that his criminal activities had caused. He started focusing on his education. He didn’t only graduate high school, Douglas continued with his education, eventually earning a bachelor’s degree from Jackson State University.

Douglas’s undergraduate degree is in criminal justice and urban affairs. He used that education to begin organizing community events in an effort to provide alternatives for those who were wrapped up in the street violence. When a police officer mislabeled Doug as a gang member, Doug took action, lodging formal complaints against the police officer. He shows how easily a mislabeling can derail a man’s future.

Rather than allowing such an experience to anger him, Doug used it to help others. He launched “The Gang Expert” as a service for defendants and law firms that defend people who can be charged with gang enhancement. In California, when an individual is charged with a crime, and authorities impose a “gang enhancement,” the defendant can have the prison term extended by decades. The Gang Expert helps defendants and defense attorneys argue against such sentencing enhancements.

For more information on The Gang Expert, contact Douglas Fort at the following locations: