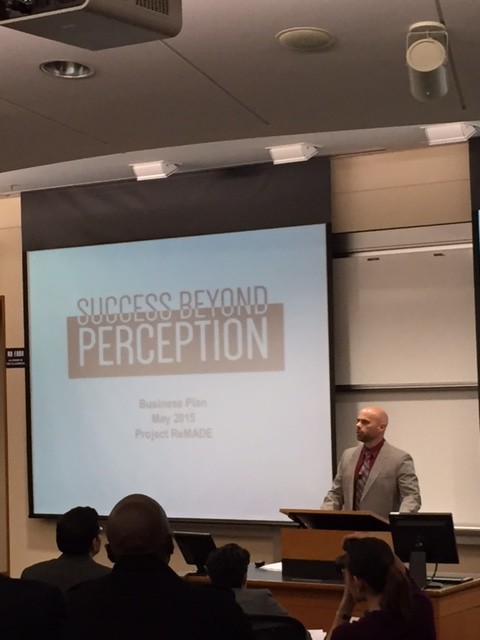 As a prison consultant, I strive to inspire individuals who face imprisonment. Regardless of the challenges they face today, they have the power within to begin preparing for a brighter future. To the extent that they understand the journey ahead, they position themselves to master the experience. Those who succeed in overcoming prison will navigate the most difficult and challenging circumstances. Today we learn from Brian Sparkes. He went to prison as a young man for some bad decisions that went terribly wrong.

While still high school, Brian pleaded guilty to murder. No one would’ve considered him a problem child, but bad decisions derailed his focus. One month he lived as a student athlete who didn’t have any prior troubles with the law. The next month, he was living as an armed robber. In the heat of the moment, he shot a man during a robbery that went badly. The victim died.

Brian’s judicial proceedings concluded with a lengthy sentence. The crime carried a term of 28 years to life. In other words, Brian didn’t have any clarity with regard to how much time he would serve. Upon entering the system, others approached Brian and tried to pressure him into joining gangs. He rejected such invitations, focusing instead on preparing himself for release.

Others within the prison population ridiculed his adjustment strategy. They insinuated that he should give up hope. Authorities would never release him, they said.

Brian served his sentence with a commitment to reconcile with society. He didn’t know how much time he would serve, but made a commitment to adjust in ways that would reflect his commitment to living the rest of his life as a law-abiding citizen. He participated in programs that would allow him to grow spiritually and express his remorse. That strategy had a positive influence. As a consequence of his discipline and ability to avoid disciplinary problems in prison, authorities released Brian after 21 years.

Brian has enjoyed an extraordinarily successful return to society. He secured employment that would help him through his first year. Then he branched off to build a career around his journey. Brian now teaches leadership and success principles through his organization Success Beyond Perception. Brian has the life story to show that regardless of what challenges we face, at any time we can choose to build a better future.

Those who want to reach Brian may find him at the contact information below: