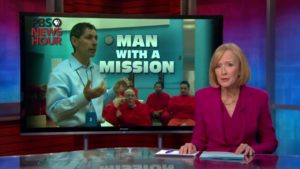 On August 11, 1987, DEA agents pointed guns at my head and arrested. A grand jury had indicted me for trafficking in cocaine. I was 23. At the time, the only thought I had was to get out of jail. The charges I faced carried a possible sentence of life without parole.

I proceeded through trial and perjured myself on the witness stand. The jury saw through the lies that I told and convicted me on every count. During the awkward transition between my conviction and sentencing, I began to see the world from a different perspective.

Prayers for strength led me to a book, and I found that strength when I read the story of Socrates. In the story, he was locked in a jail cell awaiting his execution. When given an opportunity to escape, Socrates chose to remain. When I read his reason for wanting to stay, I felt a surge of hope. The response to a question of why he would choose death to life, a surge of inspiration ran through me. Like Socrates, I wanted to live with my dignity intact.

I began to think of how I could serve my sentence with dignity. In today’s podcast, I describe the process that led to an adjustment that would carry me through multiple decades in prison. I thought of my “avatars,” the people I wanted to will into my corner. Rather than trying to fit in with the culture of negativity, I thought about people in the society I wanted to join. Those people lived as law-abiding, contributing citizens. Although I didn’t know those people, and they didn’t know me, I thought about steps that I could take while in custody to prove worthy of their support.

Those thoughts led to my three-part plan. Each day of my journey through prison, I’d focus on working:

Such focus would guide my every thought, my every action, my every spoken word through the lengthy prison term I would serve.

In today’s Earning Freedom podcast, I describe those initial stages of my journey.