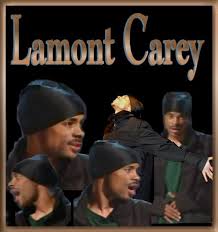 Lamont Carey grew up in an impoverished, crime-infested area of Washington DC. By the time he was 11 years old, he was heavily involved in drug dealing. Then he became involved in protecting his criminal enterprises with firearms. He served his sentence inside of the DC criminal justice system, eventually transferring into high-security prisons in the federal system. While confined in the high-security penitentiary in Allenwood, Lamont made a decision to transform his life. He participated in classes and programs. After earning his GED, Lamont enrolled in business courses in college–learning that he already understood principles of marketing, customer service, and product management. Lamont simply had to transform his skills to build legitimate enterprises rather than criminal enterprises. That mind shift allowed Lamont to return to society successfully, leading several enterprises that have allowed him to become a role model for anyone who wants to overcome struggle and live successfully.

Get his books through Amazon