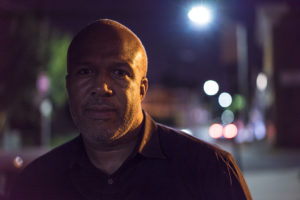 Martin McNair is a mastermind for a lot of reasons. I admire him because he trained his mind to overcome struggle. As a young man, Martin struggled with addiction and a criminal mentality. Authorities sent him to prison when he was in his mid 20s. Rather than allowing the prison to define him, Martin took fate into his own hands. He educated himself. He disciplined himself. He created a plan to ensure that when he returned to society he would return strong, with his dignity intact.

The first of Martin’s plan was to remain sober. Then, he focused on earning a sustainable income. He cleaned for a living. Then he launched a series of business that brought more financial stability. For the past several years, however, Martin has been living as the change that he wants to see in the world. By building the nonprofit “Mi Casa Su Casa,” he helps people who’ve served multiple decades in prison. Martin and his team providing housing and wrap-around services that include anger management, substance abuse, and job training.

He’s an impressive guy, showing that anyone can overcome struggle. They simply must have a plan, and follow the path of masterminds.

At Martin’s facility, he advocates for leadership, which his team defines as follows:

Those who would like to connect with Martin can reach him through the organization at the following addresses: