Success After Three Times in Prison 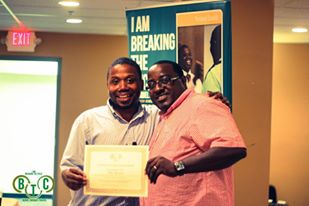 John Thomas started making bad decisions as a young man. He sold drugs and went to prison. While in prison, John continued making bad decisions. Those decisions resulted in his serving many years longer than he had to serve. He could’ve been released after five years. Yet his adjustment in prison resulted in his serving nine years. After he was released, John reverted to the type of behavior that got him into trouble the first time. Within 88 days, he returned to prison. Then he got out, again he returned to prison.

In today’s podcast, John talks about what he learned through the experience. He also tells us what he wish he would’ve known at the start of his journey. Then he talks about how he built a business that has kept him crime free and living a much happier life as a self-employed entrepreneur.

He wrote the following open letter to describe more about his journey:

My name is John Thomas early in my life I had a desire to help my family in others to escape poverty. However where I was raised they were very few examples of how to do it. To me it looked like the only people who had money were the hustlers, drug dealers, and the bootleggers(illegal liquor sells).I chose to Deal drugs and at the age of 19 I was sentenced to 30 years serve 20 years in prison for Trafficking Cocaine.I ended up doing 9 years and 1 month before paroled, but with no plan it only took me 88 days to find myself back in the prison system. Finally after 3 times in prison I was able to answer this question bothered me for 6 months while I was in isolation confinement, (23 hours a day lock down.) Finally I was able to identify somethings that I realized were sending me back. First it had to deal with what I saw when I looked at myself? No I realized with limited skills and no job I had to invest in myself to learn how to start my own business. I was introduced to network marketing where I was introduced Personal Development. I remember reading and listening to anything they inspired me to live my best life. While doing this I learned how to market online and begin doing videos and facebook ads that allowed me to share how to overcome struggle. Even though many of the people I spoke would had never been to a physical prison I was able to help them become aware of the mental prison of limitation many were living in. This led me Coaching, and many were Entrepreneurs also, so I was able to teach them how to build a business online. I have been doing this now for almost 4 years. I am now looking to help more people as well as inmates being released to take advantage of the unlimited opportunities that exist if you believe in yourself and are willing to invest in yourself. I’ve have personally spent thousands of dollars on coaches and training to enhance my skills and continue to.

Alaways remember it’s not where you come from that matters it’s all about where you are going.
John Thomas
email: john93760@gmail.com
Phone: 229-234-1391
Facebook:https://www.facebook.com/john.t.lifecoach
0 comments