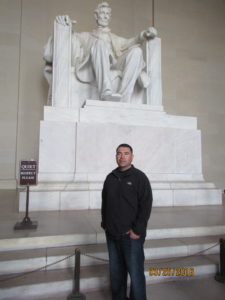 Commuted After Life Sentence in Prison

President Obama commuted Israel Torres’ sentence. A federal judge sentenced Mr. Torres to life in prison. While serving the life sentence, Mr. Torres kept hope alive and focused on steps he could take to prepare for success upon release–he always believed release would come. As a consequence of his successful adjustment, the President granted Israel liberty. He now lives as a contributing and productive member of society. Simultaneously, Israel works to for the brothers he left behind in prison: Michael Homes, James Ortega, and thousands of others who could live in society as law-abiding citizens if reforms were possible to release them.