Supervised Release: How will it influence your life?

Supervised Release after a term in the Federal Bureau of Prisons 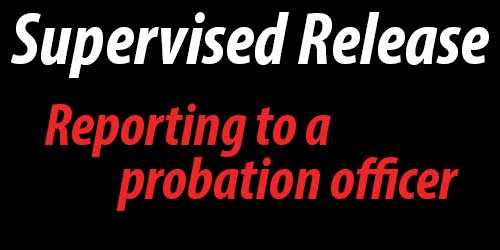 I’m expanding my knowledge about living under conditions known as Supervised Release. People who serve lengthy terms in federal prison frequently transition to supervised release when they conclude their obligation in the Federal Bureau of Prisons. I began serving a sentence in federal prison on August 11, 1987 and I did not conclude my term until August 12, 2013. The following day, I met with Christine, my federal probation officer. Those who want to learn more about Supervised Release may benefit from reading about my experiences.

I have found Christine to be kind and supportive of my work. She understands that I want to build a career around all that I learned as a long-term prisoner. While serving more than 26 years inside prisons of every security level I educated myself, contributed to society, earned an income, found the love of my life, and I built a thriving support network. The experiences validated me as knowing how to triumph over adversity and I wrote numerous books that would help others understand how to make the most of their own struggle.

How I prepared in anticipation of Supervised Release:

I expected to face some resistance because of the career that I intended to build. Supervised Release could complicate matters. Since the time authorities transported me from the county jail to a federal penitentiary, I set myself on a course to prepare for a law-abiding, contributing life.  By the time I concluded my term, I recognized a need in society to bring more awareness to America’s criminal justice system. Books I wrote and time I served validated my authority on the subject, and the Criminal Justice department at San Francisco State University validated my credibility further when the university offered me a position to lecture. I am enthusiastic to begin teaching a course called The Architecture of Imprisonment during the fall semester of 2013. I am teaching my first class less than three full weeks after concluding my obligation to the Bureau of Prisons. (Link to syllabus I wrote for my course at San Francisco State University: The Architecture of Imprisonment)

Despite all of the preparations I made while serving my sentence, I still had some concerns about how the probation officer presiding over my life on Supervised Release would respond to the career that I wanted to build. After all, my career had many components, including the following:

I had prepared myself well through prison by documenting my journey inside. The deliberate strategy I followed through my imprisonment allowed me to make a strong case for special consideration from my probation officer when I transitioned from custody in the Federal Bureau of Prisons to time on Supervised Release. I looked forward to listening to Christine and learning how my life would change as I returned to society.

In my case, I only have standard conditions of release.  I’ll paraphrase them below:

Supervised Release in my case:

Christine has relieved my anxieties. In fact, I concluded my obligation to the Federal Bureau of Prisons on August 12, 2013. I then requested Christine to authorize me to travel to the Los Angeles area so that I could meet with prospective clients. Without hesitation, she authorized my travel despite my only beginning on Supervised Release. On Tuesday, August 20, 2013, I boarded a flight to Los Angeles. My Daily Log entries detail my activities through Friday, August 23, 2013, when I boarded a flight back to San Francisco. Not only did Christine authorize me to travel, so long as I provided her with full disclosure, she authorized me to build my business even though it would frequently require me to interact with other people who’ve faced challenges with the criminal justice system.

As I write this article, I’ve been on Supervised Release for less than one month. But my initial impression is that so long as I comply with all of my probation officer’s concerns, I will not have any problem. I look forward to learning more and sharing what I learn through publishing these articles. Those who retain me will receive more specialized services that draw upon all that I learned during the 26 years I served as a federal prisoner. I will strive to help them make the most of the experience, just as I have done.