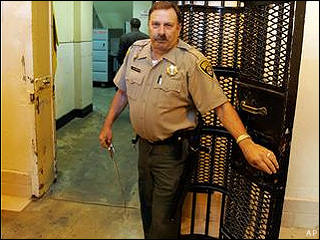 Welcome to Land of Mass Incarceration

The media has reported widely on the lack of commutations during past decades. Presidents have been too timid to exercise their power of executive clemency. Prior to President Ronald Reagan, presidents routinely exercised their authority to grant mercy. Unfortunately, our nation’s commitment to mass incarceration has resulted in fewer leaders wanting to step up and take action to end this great social injustice that results in “far too man Americans serving sentences that are far too long.”

I served 26 years in federal prisons of every security level until authorities released me on August 12, 2013. Since my return to society I’ve been working to help more Americans understand America’s prisons, the people they hold, and strategies for growing through confinement. I have a multi-pronged strategy to build a career that will contribute to the end of mass incarceration. This plan requires that I:

I am happy for the eight individuals who will return to their families because President Obama commuted their prison sentences. I am sad for tens of thousands of other federal prisoners who no longer need to be locked in America’s human warehouses, but who serve time because of our twisted perceptions of justice. I’m working to change those injustices.