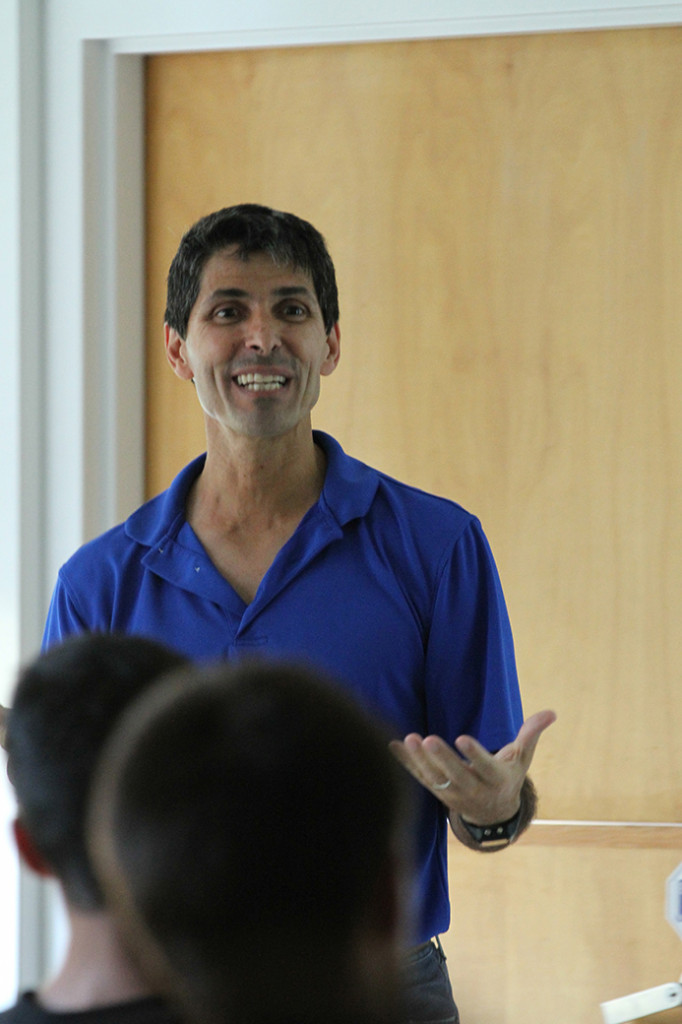 Teaching during week 2, The Architecture of Incarceration at San Francisco State University

I enjoyed teaching a second class to the amazing students who enrolled in the course I’m leading at San Francisco State University. It pleased me to see that 65 students are participating in the course and I’m determined to help them understand more about our nation’s prisons system. They strike me as being bright young leaders who aspire to positions in criminal justice. I’m grateful for this opportunity to share all that I learned during the 26 years that I served as a federal prisoner.

During our first class on The Architecture of Imprisonment, I provided background to show how Western governments evolved with regard to their responses to criminal behavior. Prior to the Enlightenment era of John Locke and Thomas Hobbes, societies responded to criminal behavior by torturing offenders with corporal punishment. Early social philosophers like Cesare Beccaria and John Stuart Mill suggested that governments could serve citizens well, promoting more respect for the law, if they changed legal policies and responded differently to crime. Those “enlightened” ideas led to the evolution of prison systems.

After providing that brief recap for the class, I asked the students to assess the level of change from medieval responses to crime. Specifically, I asked:

The class responded in unison, saying that the level of change was a ten. If we were to draw a continuum scale, torture would be on one end and time in prison would be at the other end of the continuum. The change was profound, significant, they all agreed.

I asked that question because I wanted the students to see the fundamental shift in response to criminal behavior. Unfortunately, since the Enlightenment era that advanced the concept of the penitentiary, we’ve made very little progress in the way of fundamental change. For the past two centuries, when people broke the law, we warehoused them in prisons. The judicial system required a sufficient number of calendar pages to turn before it released offenders back into their communities. The time was ripe for reform, but I told them that society needed their help to advance the concept.

I asked the students to consider their role as university students and future leaders of the criminal justice system, then to join me in contemplating steps we could take as a society to prepare more offenders for law-abiding, contributing lives upon release. To show that I was not the only one who was urging for such prison reforms, I pointed out facts from more recent history.

First I spoke about leaders like President Bill Clinton. I distinctly remember being filled with hope after his election. At the time, I was several years into my prison term. Since Clinton’s own brother, Roger Clinton, had served time in prison for cocaine trafficking, many prisoners hoped that the president would be receptive to changing prosecutorial trends that led to mass incarceration. Those changes were not forthcoming.

To further strengthen my point that I was not alone in believing that mass incarceration represented the greatest social injustice of our time, I highlighted a speech that Supreme Court Justice Anthony Kennedy made when he gave a keynote to the American Bar Association in August of 2003. During that speech, Justice Kennedy said:

The Supreme Court Justice went on to speak in more depth, and I listed other quotes that struck me as being particularly encouraging for the possibilities of prison reform:

But ten years have since passed since Justice Kennedy shook the legal establishment with his comments. Rather than change, we saw more of the same.

Then, on August 12, 2013, the day that I concluded 26 years in federal prison, our nation’s current Attorney General made similar comments, saying that the nation needed to change the way that it prosecuted nonviolent drug offenders.

When we had a President, a Supreme Court Justice, and a sitting Attorney General stating that our criminal justice needed reforms, it seemed that change would be on the horizon. But that wasn’t the case. In fact, I pointed out, only days after the Attorney General’s call for changes to the way we responded to nonviolent offenders, Governor Jerry Brown, defied the wisdom of releasing nonviolent drug offenders to ease overcrowding in California’s massive prison system. Instead, he said that he was considering a contract with private prison companies to incarcerate nonviolent drug offenders at a cost to taxpayers of between $300 and $800 million per year.

California already spent nearly $10 billion per year to maintain its prisons. Such expenditures resulted in fewer resources for other social programs like education, healthcare, and social services. We as a nation could do better than deploying so much money into a prison system that perpetuated failure, and I implored the students of my class to join me in working to bring more awareness to America’s prison system.

With that goal in mind, I asked the students to post comments about what they were learning in our class on these open forums.  I showed them a wonderful video called:

Showed Video of how Movements Begin:

There was a history of change emanating from university campuses. Since they were about to graduate with criminal justice degrees from a university that was the legendary home of Professor John Irwin, one of the nation’s great prison scholars, I asked them to join this crusade I’m on to help more people understand America’s prisons, the people they hold, and strategies to grow through confinement. Those students who didn’t want to publish on my public forum could send their comments directly to me through email, but I wanted them to engage in the discussion of America’s prison system, and I told them that I was prepared to assign points for their participation.

To provide guidance for student comments, I pledged to ask a few open-ended questions to which the students could respond. But I also gave them the liberty to comment on they saw fit. By no means did I expect all of the students to agree with me, but I expected them to write comments that would show that they were developing a better understanding of our nation’s prison system.

By working together, I knew that we could bring more understanding to our nation’s system of mass incarceration. To help, I wanted them to consider the origins of its development, and I continued my lecture with a bit more discussion about changes that transpired since the Enlightenment era.

Thought leaders like Cesare Beccaria developed what became known as the “Classical School” of criminology, later expanded by Jeremy Bentham to bring the “Neoclassical School” with its further investment in societal programs to prevent crime before it began. Both schools of thought held that:

Competing views of criminological theory focused on society at large as an explanation for crime. I asked the students to consider “The Positivist School” of thought.

Positivists believed that individuals engaged in crime because they were predisposed to engage in crime. During our first week we briefly discussed biological theories, like Cesare Lombroso’s theory, from the late 1900s. Lombroso, an Italian criminologist, theorized that by studying criminals and the crimes they committed, society could make predictions. Supposedly, according “positivists” like Lombroso, scientists could evaluate an individual’s biological characteristics and determine his propensities for crime. Later positivists held that social factors influenced an individual’s propensities for crime. If an individual’s was predisposed for crime based on his biological or social circumstances, then the individual wasn’t entirely responsible for his actions.

Similarly, the “Conflict Theory” of crime held that different groups or classes in society had different interests that frequently conflicted. Although all people may agree what constitutes a crime, those with the most power in a society obtain the highest level of authority. Those authority figures determine how to allocate resources in ways that will enforce the law. Those who espouse the Conflict Theory believe that those in power enforce laws disproportionately on those who live on the margins, or without power.

Theorists we would discuss later, like James Q. Wilson and Robert Martinson, held that “nothing works” when it came to responding to criminal behavior. They believed that we as a society didn’t know how to “treat” offenders in ways that would lessen their tendencies to commit crime. Instead, we should invest resources that would isolate offenders from society. By isolating offenders, those theorists said, we could keep them from committing crimes while they were incarcerated and we could deter others from committing crime.

Following that portion of the lecture, we began to discuss the week’s reading assignment, which included chapters one through four of the book Inside: Life Behind Bars in America. I asked the students to consider what they read in the book, and to think about how the process of imprisonment influenced subcultures inside. During that phase of the class, we covered the following topics:

During the lecture I used a PowerPoint presentation to help the students follow along with the lengthy lecture, and I attach the link below.