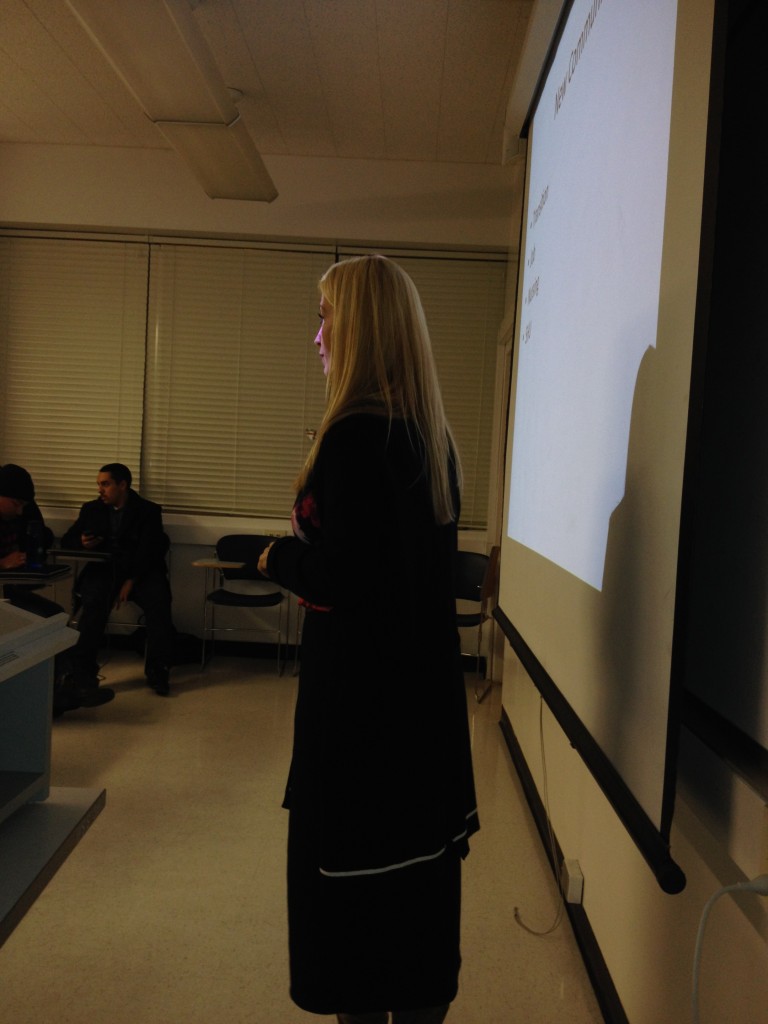 I invited my wife, Carole Santos, to address tour 14th the class on The Architecture of Incarceration. Although authorities have never accused Carole of committing a crime, she served married me inside of a federal prison’s visiting room and she served the final ten years of my term alongside me. In addressing the class, Carole could help students understand the family perspective.

I’m not the only person who recognizes the relationship between people in prison and people in society. Indeed, when opening the class lecture, I made the class aware of The Second Chance Act of 2008, legislation that President George W. Bush signed. That legislation made the following statements regarding the purpose of the Act:

President Bush didn’t sign this legislation because he had gone soft. Rather, he signed the Act because Congress had made some specific findings. Namely, the Act indicates that Congress found:

1. Studies indicate that more than two-thirds of releasted state prisoners are rearrested for a crime within three years after release.

2. Between 1991 and 1999, the number of children with a parent in federal or state prison increased by more than 100 percent.

3. Inmates who are connected to their children and families are more likely to avoid negative incidents and have reduced sentences.

4. Released prisoners cite family support as the most important factor in helping them stay out of prison.

5. Research shows that we underutilize families as a resource in the reentry process.

Based on such findings, I wanted to provide students with the perspective of a prisoner’s family member. My wife, Carole, could provide that perspective.

Carole prepared an outline to guide her presentation. She described how she had grown up in a stable family, with both parents being healthcare professionals. While growing up, Carole said that she had been a good student and active in her community as a ski instructor and lifeguard.

Carole and I met while we were in the fifth grade, and she told the glass about her perceptions of me during our childhood. We were on different paths, with different social circles, and we didn’t interact too much. After graduating from high school, Carole and I went in completely different directions. As I started making the kinds of decisions that led to my troubles with the criminal justice system, Carole married and started a family. The marriage didn’t work and ended in divorce, leaving Carole to rear two children on her own.

Carole described the stressful life of being a single mother. Without much in the way of stability, she felt a constant challenge. While taking the lead to organize the 20-year reunion of our high school’s graduating class, she coordinated a website on classmates.com. Through that work, she received an unsolicited email from a criminal justice student who had read some articles or book chapters I published about the prison experience. The student wanted to know whether she knew me. The interaction sparked Carole’s curiosity, which led her to write me. From that initial letter, we started a correspondence that led to a romance, love, and our marriage inside of a visiting room.

Prior to writing that letter, Carole never thought about the prison system. She began cautiously, concerned of how even writing to a prisoner could influence her family. Rather than putting a return address on the envelope, she asked me to respond by email. Through the support network that I’d built, I was able to have someone relay an email message requesting a mailing address. That effort spawned a correspondence that grew into the thousands of pages.

By the time that I received Carole’s initial letter, I’d been incarcerated for longer than 15 years and I was scheduled to serve more than 10 additional years. Prison had become a part of my life, as normal to me as my right arm. Being new to the system, Carole experienced it differently. She didn’t understand the rules or the culture of confinement. Some of the policies and procedures shook her. As an example, she spoke about the time that guards escorted me out of the visiting room without an explanation. The guards ordered Carole to leave or face arrest.

The prison experience brought a stigma to anyone and everyone associated with it, but Carole spoke about how he she made a 100 percent commitment to building a life with me. She worked alongside me to set a plan in motion that would prepare us both for the life we would share together upon release. But it was a long haul. Carole had to endure 10 years of imprisonment before she would pick me up outside of prison gates. During that time she visited me every time prison authorities would permit. When authorities transferred me from one prison to another, Carole uprooted her life and moved alongside me. While building my writing career, Carole served as a liaison to my publishers. When authorities disciplined me by locking me in the SHU, Carole advocated on my behalf.

While growing through our decade in confinement together, Carole returned to school and earned her nursing credentials. She spoke about rearing her children inside prison visiting rooms and she told how she had to accept that people would always judge her for falling in love with a prisoner. Despite the challenges, Carole said that she never waivered in her commitment to build a life alongside me.