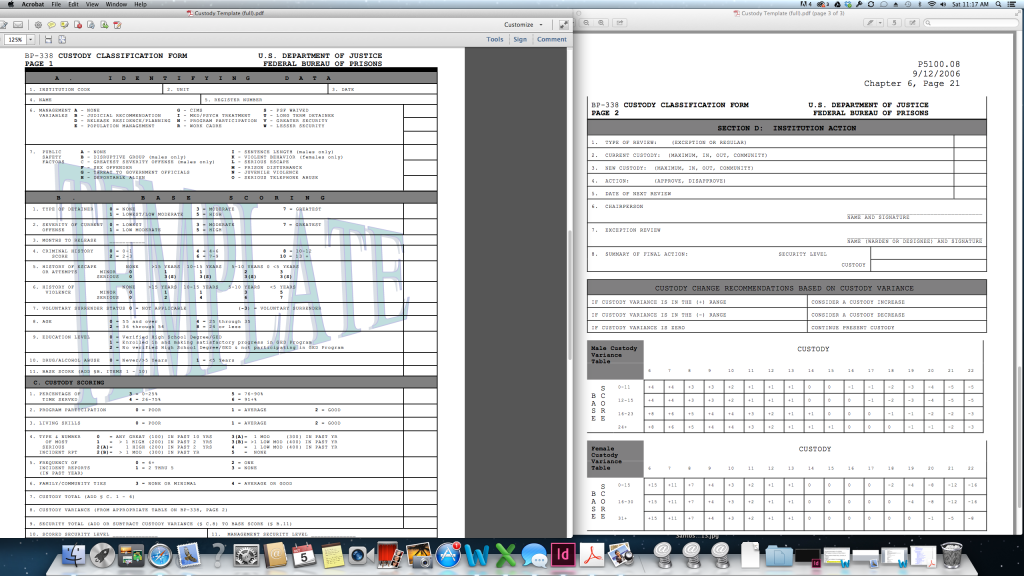 The summary I wrote for our fifth class detailed different security levels in federal prison. For our sixth class, I’m offering more insight to help students understand factors that influenced where an individual served his sentence. The guest speakers that appeared earlier described experiences of living in brutal environments. Yet high-security institutions held a relatively small portion of prisoners. In a Bureau of Prisons report, a chart indicated population levels as follows:

More than half of all federal prisoners served time in either minimum-security or low-security prisons. Some may question the factors influencing where an individual would serve his time, and how a security level would influence the adjustment.

In one of our earlier classes I referenced Supreme Court Justice Anthony Kennedy’s remarks about few people in society knowing or caring what happened to the offender after a judge imposed a sentence. Those who studied through The Architecture of Incarceration would know what happened. To help each students understand, I began our sixth class with a chronology of events that followed the imposition of sentence in the federal prison system.

Prison officials stated that the objective of inmate classification was to place each inmate in the most appropriate facility for service of the sentence. To accomplish this goal, the Bureau of Prisons delegated a team of “designators” to consider all relevant information regarding the inmate.

I spent the first 90 minutes of the class lecturing on the different factors that influenced classification, as defined below. While I lectured, Felipe Escamilla, of the NBC Bay Area News filmed me. Felipe worked with Garvin Thomas of Bay Area Proud. The journalists captured footage for a profile that the network broadcasted each week on people who were “doing good in the community.” It’s my understanding that the segment that profiles my adjustment will appear on October 17, but I will be teaching so I won’t be able to see it. I’m sure the broadcast will be available through the NBC website, and I’ll look forward to watching when I’m able.

Following the lecture, I broke the class into six groups so the students could apply what they learned. I provided each student with the identifying information about a fictional offender. Then I tasked each group with the challenge of classifying the offender. Following the exercise, I discussed the finding of each group and explained the implications of their decisions with regard to classifying the prisoner.

The group of students seem to enjoy the classroom exercises, and I’m convinced those exercises are useful in helping the future law enforcement professionals understand more about America’s federal Bureau of Prisons.

Chronology of Events Leading to Classification:

The custody and classification template requires administrators to plug in the following data points at the initial entry into the system. It is called “Inmate Load Data” and it includes the following information:

Sentencing Courts that Lead to the Bureau of Prisons Classification System

Some of that data could have an adverse influence on an individual classification, I explained. As an example, I told the group about my own situation. The initial administrators who entered data in my case wrote down the street address of where I was living at the time of my arrest. As a consequence of my living in Miami at the time, authorities designated me as being a prisoner from the Southeast. When I tried to explain to authorities that I grew up in Seattle and that I wanted to serve my sentence in a prison that was closer to home, they refused to make a change. Once authorities entered an address into the system, case managers would cite policy as a reason to refuse to change the address. Despite objections I made about having a strong support network on the West Coast, authorities clung hard and fast to their policy statements, saying that I would not be allowed to change my address of record until I was within 18 months of my release date. I spent 16 years in prisons on the East Coast before Bureau of Prisons authorities agreed to transfer me closer to my home in the west. 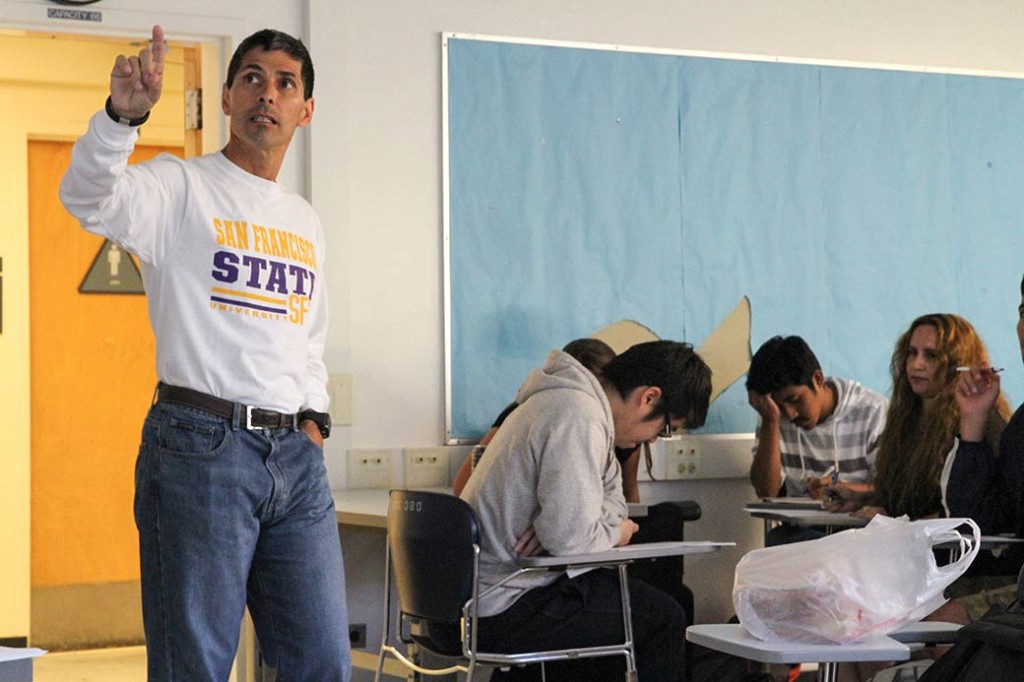 Once the staff member enters the Inmate Load Data, the offender officially becomes a part of the Bureau of Prisons system. Staff members then enter the “Security Designation Data” which determines the prisoner’s security level.

i.     When an individual is being scored for a violation of supervised release, the scoring will be in accordance with the new offense if it involves new criminal conduct. But if an offender is being returned to custody for a technical violation, the scoring is a low-moderate offense, receiving three points.

i.     Offenders receive an additional three points on the criminal history score for each prior sentence that exceeded a year and a day.

ii.     Offenders receive two additional points for each prior sentence in excess of 60 days;

iii.     Offenders received an additional point for each prior conviction.

10. History of Escape or Attempts to Escape: Prisoners receive points that reflect their documented histories of escape as follows:

11. Type of Detainer: Prisoners receive points if they face criminal charges in other jurisdictions or other problems with the law.

14. Drug/Alcohol Abuse: Prisoners who’ve used drugs in the past receive points as follows: 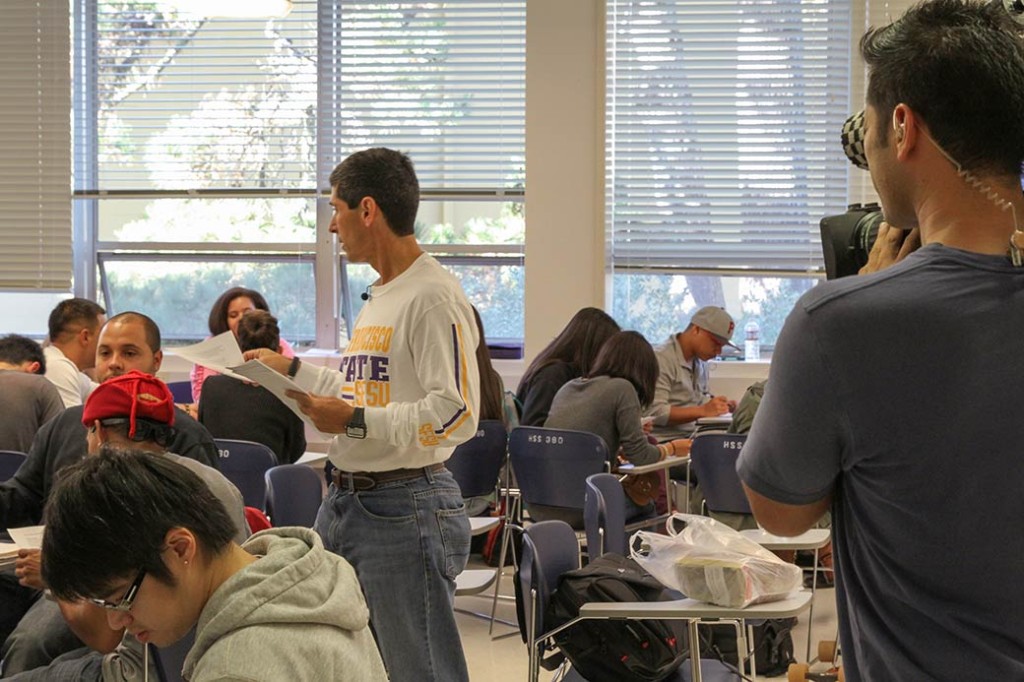 The Base Scoring of the form includes the identical data as the initial security score, because all of that information is beyond the prisoner’s ability to change. It results in a base score. Although the prisoner doesn’t have an opportunity to influence those static number, the lower base scoring number, the better for the prisoner.