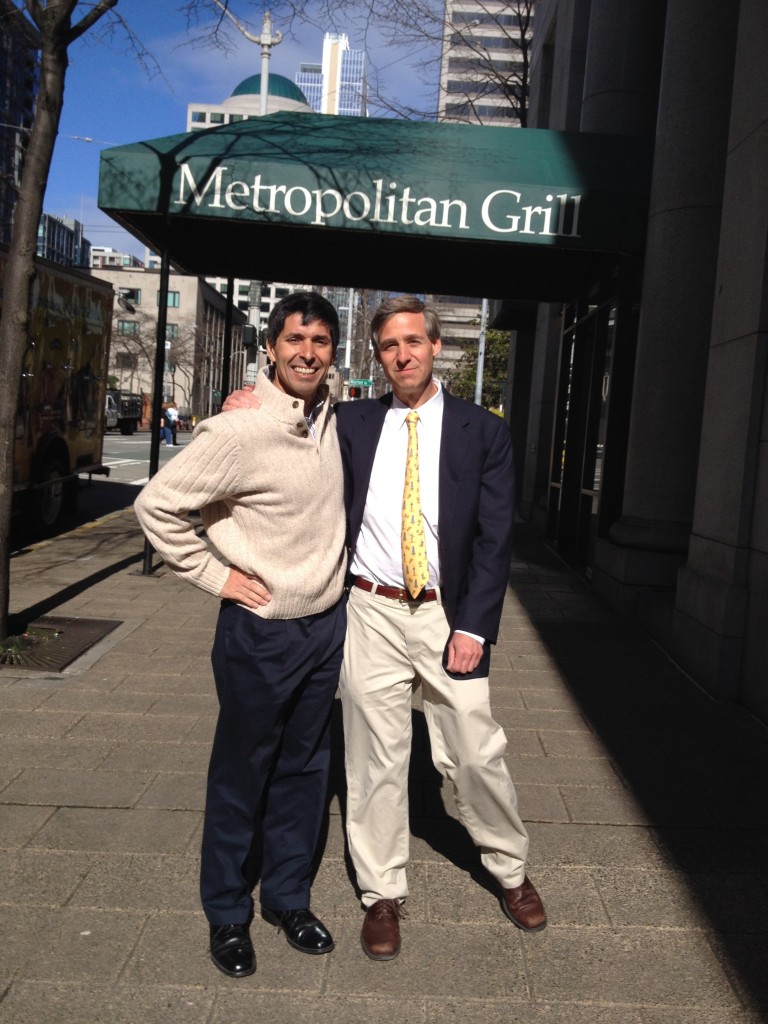 Carole and I landed at the SeaTac airport last night around 11:00 pm. By the time we picked up our rental car and drove to my sister’s house in North Seattle it was after midnight. I responded to a few email messages then rested. We didn’t wake until nearly 7:00 am, far later than either of us wanted. We drove to Green Lake, where we enjoyed running together around the outer perimeter. Following our run, Carole and I drove over to meet with Jonathan Solovy, an attorney who worked very hard during the final decade of my term to bring some relief to my sentence. Although legal strategies did not result in my being released before the full expiration of my sentence, Jonathan’s belief in my cause inspired me to work harder. He treated us to lunch at Seattle famous Metropolitan Bar and Grill. Following my meeting with Jonathan, I had a great lunch with my friend Rich Folk. Rich built a successful career in sales and we’re discussing options that exist for us to work together.