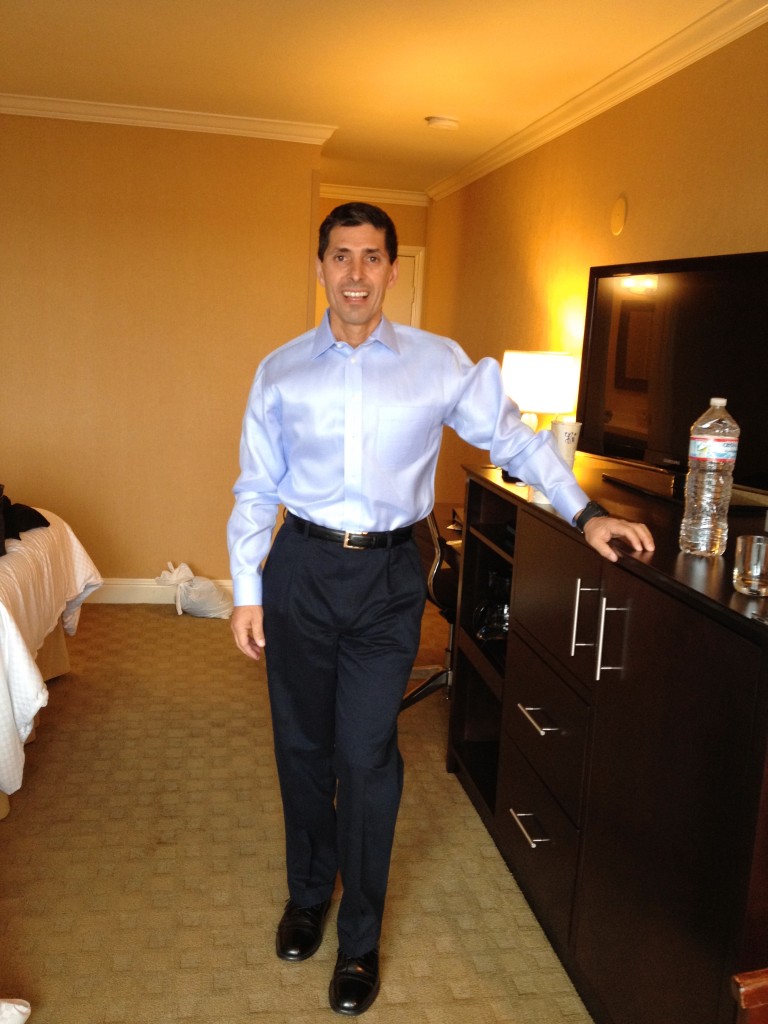 A crew from PBS filmed me for a segment on the NewsHour television program. First the crew filmed me as I taught inside of the San Bruno Jail. An amazing experience and I’m going to write a separate article about it. Then the news crew traveled to SFSU to film me as I taught a classroom filled with 80 criminal justice students. Following that, Carole and I drove to the Capital Club in Silicon Valley, where we enjoyed a spectacular dinner with other people who were going to present at the Joint Venture Silicon Valley State of the Valley Conference. We then checked into the Hilton across the street from the Santa Clara Convention Center, where I was scheduled to speak tomorrow.