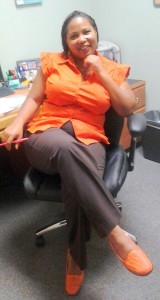 Our nation confines more people per capita than any other nation on the planet. What adjustment strategies work best for women who must endure years—or decades—in prison?

In today’s episode of the Earning Freedom podcast, I spoke with Dana Cheatum. Dana tells her story of growing up with numerous challenges. While still in her teens, she began abusing drugs. Her drug abuse led her into a vortex of crime. When she was 18, authorities arrested Dana for second-degree murder. After Dana’s conviction, a judge sentenced her to a term that could’ve kept her in prison for life.

Like many people in prison, Dana entered the system without a plan to emerge successfully. Instead, she focused on time inside. That meant she stopped thinking about the world beyond prison boundaries and focused her attention instead on the culture of confinement. Such a strategy resulted in her associating with other hardcore prisoners. She fought a great deal, she sold drugs, she received hundreds of disciplinary infractions and she lost years of her life to administrative segregation.

While she passed through her first 16 years of imprisonment, Dana’s mother and her grandmother passed away. She received inspiration from a friend and made a decision to transform her life. For the first time, Dana began to reject the criminal lifestyle and those who belonged to it. Instead, she began working to educate herself. That change led to hear earning a college degree. She also earned credentials as a substance-abuse counselor, empowering herself by empowering others. Once Dana’s dream became bigger than her current reality, she found the strength to begin preparing for success. After 26 years of confinement, the parole board granted her release.

She now lives in Fresno and works fulltime as a substance abuse counselor. She dreams of providing programs to help other formerly incarcerated individuals so that they can transition into society successfully.