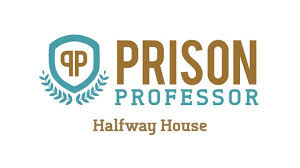 Today I read about the 18-year prison term a federal judge in North Carolina imposed on a real estate developer. Keith Arthur Vinson attempted to develop a 1,400-acre luxury golf-community in North Carolina. He retained legendary golfer Arnold Palmer as a designer and sold more than 125 lots in the range of $400k. A lot of glitz when into the marketing of the development, apparently. Unfortunately, the recession resulted in the dream turning into a failed land deal. Authorities charged Vinson with fraud.

A jury convicted Vinson and he has been in custody for several months. He appeared for sentencing on in late June, 2015. Yet instead of expressing remorse, Vinson made excuses. The judge cited Vinson’s statements during the sentencing hearing as being part of the reason for the 18-year sentence imposed.

If the federal government charges an individual with a crime, that individual had better do everything within his or her power to understand the system. No one wants to stand before a judge for sentencing. Yet if the federal government brings charges, the vast majority of times, a sentencing hearing will follow. Defendants should prepare themselves for that possible outcome. They can begin by educating themselves on the presentencing investigation report, and then on sentence-mitigation strategies.

If Keith Arthur Vinson would have known more about how the process operates, he could have invested the time and energy to prepare better. He should have known that any type of finger pointing or blaming of others would only exacerbate his problems. I suspect that Vinson’s statements during the sentencing hearing cost him several additional years in prison. Had he understood the essence of sentence-mitigation, he may have succeeded in persuading that judge to understand that he was something more than the criminal charge.

As a prison consultant, I help those who retain me to prepare. For those who choose to prepare themselves, I offer an abundance of free or inexpensive content on MichaelSantos.com and PrisonProfessor.com.